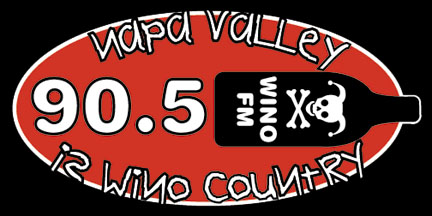 Here the scoop so far. On Thursday November 13th around 5:30 pm, 2 FCC agents (David Doon, and Thomas Hora) arrived at the WINO studios, and asked if they could inspect the facility. They also asked me a few questions regarding the facility. I proceeded to answer their questions and show them the facility. It was a fairly nice meeting. They issued me a written warning, and told me that I needed to ciese operation. They did compliment me on the high quality of my signal, as well as the content.

The most interesting part of the whole thing was the conversation that went on between myself and Mr. Hora. He seemed to have a sincere interest in helping me find an avenue to get my signal out there. He brought up several options, some of which my have real potential. One point he came back to serveral times, is the fact that I have an audience, I have supporters, some of which would probably support me with advertising $$. He saw this as an opportunity to get my foot in the door at an established radio station. I pointed out that that in itself was one of the major flaws in the system. I would never have gained a following if I hadn't done what I had done. I was forced into operating without a licence, in order to get my start. No commercial station would have even given me a listen if I hadn't gone out and done this on my own. All the more reason to set some parameters for the micro-broadcasters. The current FCC regulations don't licence stations under 100 watts. Mr. Hora also gave me advice on the proper procedure for petitioning the FCC to consider a change in the current regulations. According to him, no one has filed the proper papers with the FCC to enact this change. What I will be asking for is either a reinstatement of the Class D (10 watt, I think) licences, or a new low power license provision. He made a point of the procedure involved. He said that unless a proper protocal is used when petitioning the agency, it will never even be read, it is tossed out on the basis of improper procedure. I really don't expect a change based on a single petition, but, you gotta start somewhere.

Some other options I will be exploring will be broadcasting over the internet, or through the local cable provider. I would like to be back on the air via the FM airwaves, but for now, that may not be the best solution.

Another thing that Mr Hora mentioned was to collect up as much support as possible. Names and addresses. When petitioning the FCC the more support I can show them, along with my reasoning why this is an asset to the community, then the stronger my case will be. He told me there was a great deal of support for this type of change in the regulations from many of the licenced engineers, but none of them are in the position to ask for this change. It takes people in my position to ask for it. Once it comes up for discussion, he seemed to feel that a good number of the people involved would come out in favor of it.

The WINO news and links page: Here is a link to the news stories, some legal documents, FCC regulations, and interesting tidbits, including the front page article from the Napa Register.

The WINO NEEDS your support. Please drop us a note, a postcard, an e-mail supporting us.

We have WINO stickers available ! If you would like one, just send a Self Addressed Stamped Envelope to: